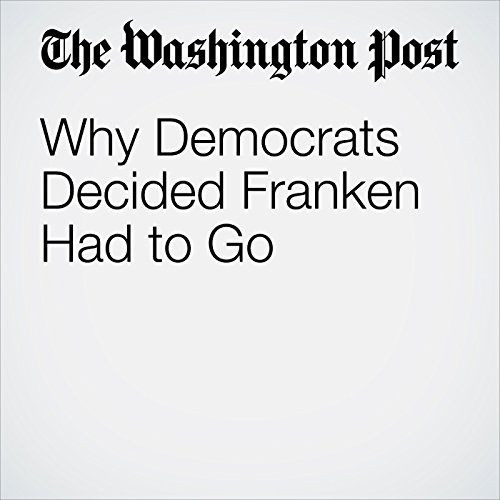 Why Democrats Decided Franken Had to Go

Toward that end, getting rid of Franken was both a moral and political calculation. It was the Democrats’ strongest declaration yet that they — unlike the Republicans — are willing to sacrifice their own in the interest of staking out the high ground.

"Why Democrats Decided Franken Had to Go" is from the December 07, 2017 Politics section of The Washington Post. It was written by Karen Tumulty and narrated by Jenny Hoops.