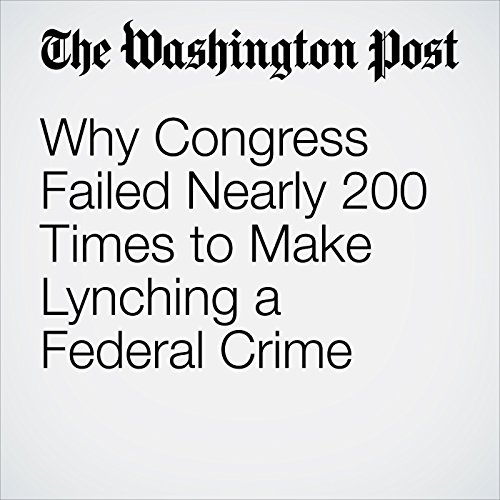 Lawmakers in the first half of the 20th Century tried nearly 200 times to address lynching on a federal level. Although seven presidents supported such efforts, none were successful, according to anti-lynching legislation introduced last week by three black senators.

"Why Congress Failed Nearly 200 Times to Make Lynching a Federal Crime" is from the July 05, 2018 National section of The Washington Post. It was written by Erin B. Logan and narrated by Sam Scholl.