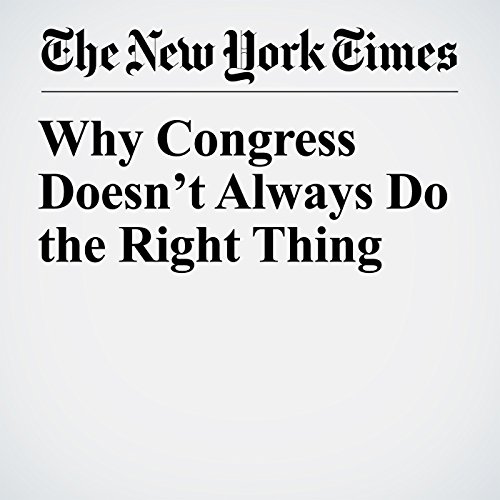 Why Congress Doesn’t Always Do the Right Thing

With Congress facing another potential government shutdown, Americans across the political spectrum have urged both parties to set aside differences and find a compromise. Many people also believe that, if Robert Mueller produces significant evidence of wrongdoing by Donald Trump, Republicans in Congress should vote to impeach him.

"Why Congress Doesn’t Always Do the Right Thing" is from the February 07, 2018 Opinion section of The New York Times. It was written by Matt Glassman and narrated by Keith Sellon-Wright.