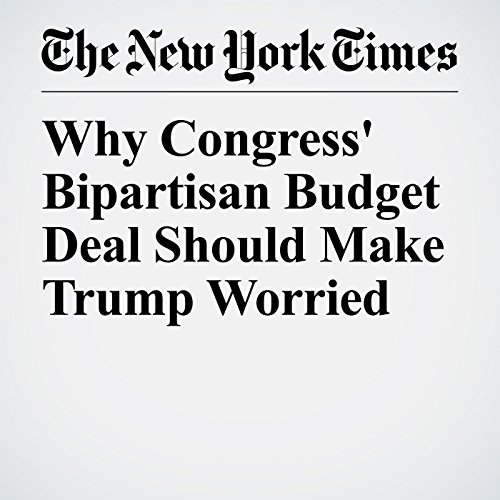 By cutting a bipartisan spending compromise among themselves, Republicans and Democrats in Congress not only prevented the White House from delivering on President Donald Trump’s priorities in his first budget, they also drafted a handy blueprint for circumventing the Trump administration in the future.

"Why Congress' Bipartisan Budget Deal Should Make Trump Worried" is from the May 01, 2017 U.S. section of The New York Times. It was written by Carl Hulse and narrated by Kristi Burns.