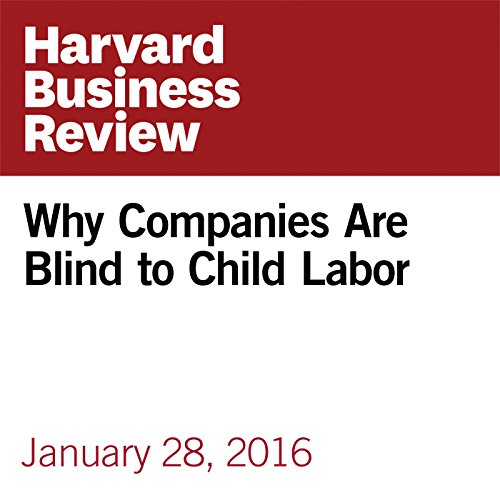 Many companies claim to adhere to strict policies about child labor. For example, Apple says that whenever it finds an underage worker in its supply chain, it sends the child home safely, continues paying his or her wages, and even finances the child’s education and offers employment once doing so is legal. Samsung has said that its contracts with any supplier found to use child labor will be terminated immediately.

Yet a recent report by Amnesty International uncovered a number of cases of child labor among suppliers linked to major technology companies, including Apple, Samsung, and Microsoft, as well as to several automotive manufactures, such as Volkswagen and Daimler AG. It discovered that child labor is being used in the Democratic Republic of the Congo (DRC) to mine cobalt, an element that is used to make lithium-ion batteries found in many tech devices.

It Misses The Point...

it is true that willful blindness to a problem is a human tendency, but the article totally misses the fact that no one wants to think about child labor because it's economically advantageous. Expose after expose has been done in book and documentary. Ignorance is no longer the problem. That corporations run on slavery and everyone knows it and doesn't do anything because of greed is the problem