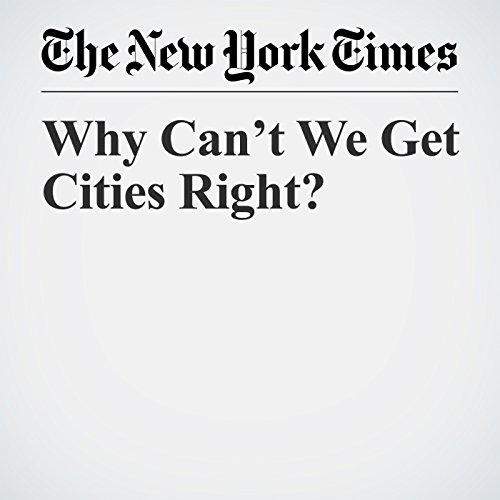 The waters are receding in Houston, and so, inevitably, is national interest. But Harvey will leave a huge amount of wreckage behind, some of it invisible. In particular, we don’t yet know just how much poison has been released by flooding of chemical plants, waste dumps, and more. But it’s a good bet that more people will eventually die from the toxins Harvey leaves behind than were killed during the storm itself.

"Why Can’t We Get Cities Right?" is from the September 03, 2017 Opinion section of The New York Times. It was written by Paul Krugman and narrated by Kristi Burns.