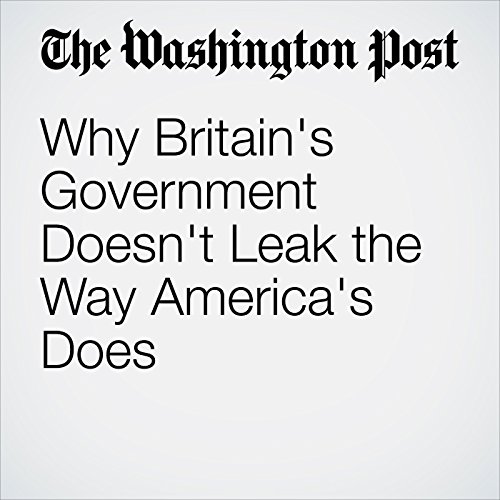 Monday's terrorist attack at a Manchester concert arena has resulted in an unusual clash between Britain and the United States over alleged leaks by U.S. officials to media outlets.

"Why Britain's Government Doesn't Leak the Way America's Does" is from the May 26, 2017 World section of The Washington Post. It was written by Adam Taylor and narrated by Jill Melancon.