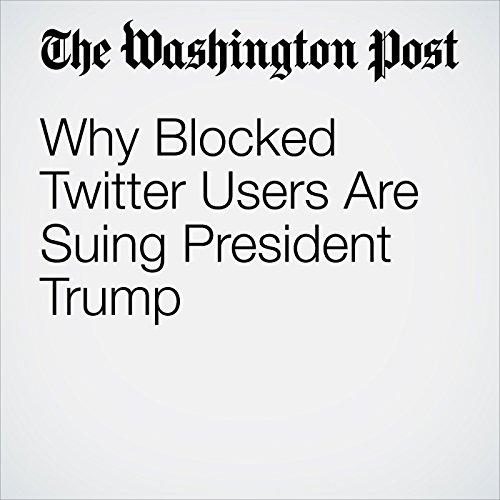 Seven people blocked by President Trump from seeing or interacting with his Twitter account filed a lawsuit against him Tuesday, arguing that barring them from his popular social-media feed violates the First Amendment to the Constitution. The lawsuit, which raises interesting questions about what constitutes a public forum, as well as the boundaries of free-speech rights on the Web, comes as Trump continues to draw concern about his novel and erratic use of social media.

"Why Blocked Twitter Users Are Suing President Trump" is from the July 12, 2017 The Switch section of The Washington Post. It was written by Hamza Shaban and narrated by Sam Scholl.