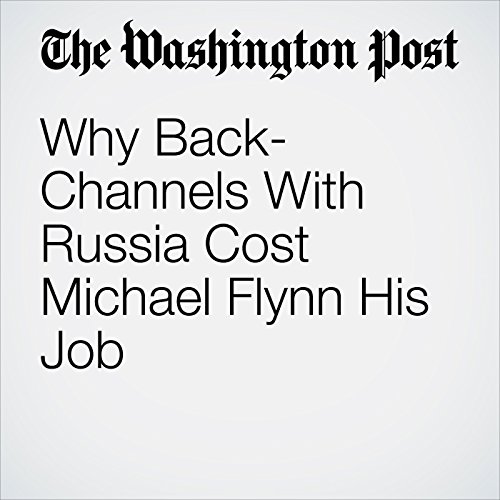 Flynn resigned not because of his communications with the Russians, but rather because of his lack of discretion, misleading Vice President Pence about the nature of the exchanges, and, allegedly, opening himself up to blackmail by the Russians.

"Why Back-Channels With Russia Cost Michael Flynn His Job" is from the February 14, 2017 Politics section of The Washington Post. It was written by Richard A. Moss and narrated by Jenny Hoops.