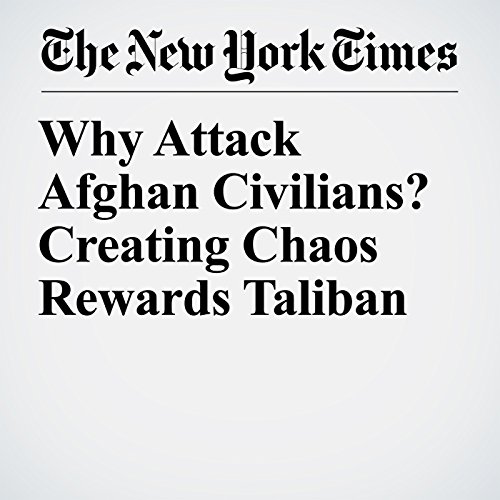 They were hardly the first Taliban attacks in the capital. Still, there was something particularly alarming in their scale and implication about the pair of episodes, just a week apart, that rocked Afghanistan: a hotel siege that killed 22, then a car bomb, loaded into an ambulance, that killed 103.

"Why Attack Afghan Civilians? Creating Chaos Rewards Taliban" is from the January 28, 2018 World section of The New York Times. It was written by Max Fisher and narrated by Keith Sellon-Wright.