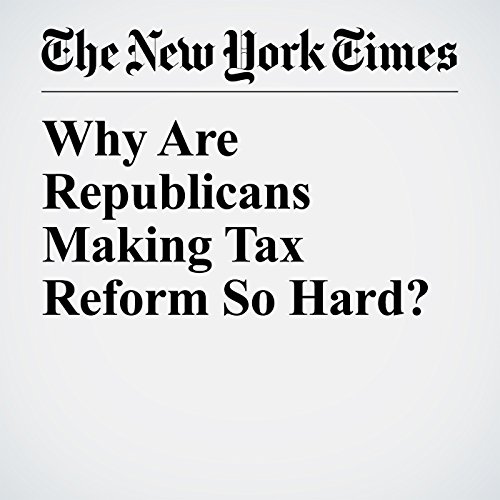 In the aftermath of the health care blowup, President Donald Trump and the Republicans need a legislative victory. Tax reform probably should have gone first, but now is the time to move it forward with urgency.

"Why Are Republicans Making Tax Reform So Hard?" is from the April 18, 2017 Opinion section of The New York Times. It was written by Steve Forbes, Larry Kudlow, Arthur B. Laffer and Stephen Moore and narrated by Keith Sellon-Wright.