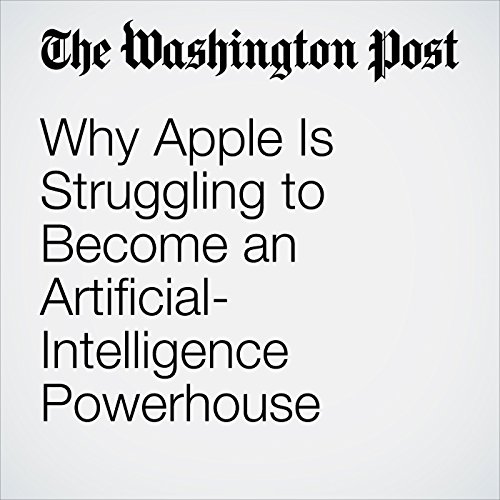 In 2011, Apple became the first company to place artificial intelligence in the pockets of millions of consumers when it launched the voice assistant Siri on the iPhone.

"Why Apple Is Struggling to Become an Artificial-Intelligence Powerhouse" is from the June 05, 2017 The Switch section of The Washington Post. It was written by Elizabeth Dwoskin and narrated by Sam Scholl.