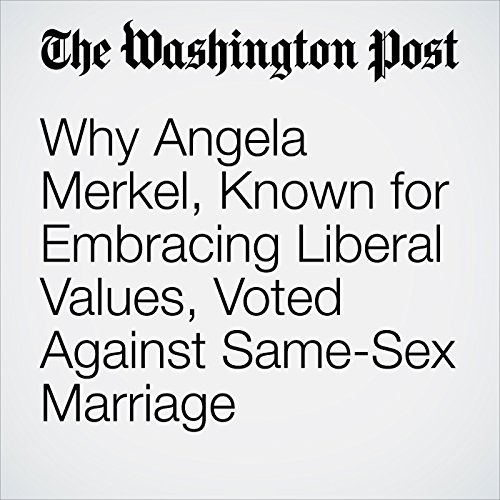 Two Republican senators pressed Friday for their leaders to repeal the Affordable Care Act outright if their party could not coalesce around legislation to revise it, even as Senate Majority Leader Mitch McConnell (R-Ky.) and his deputies continued to work on a bill that would keep part of the ACA in place.

"Why Angela Merkel, Known for Embracing Liberal Values, Voted Against Same-Sex Marriage" is from the June 30, 2017 World section of The Washington Post. It was written by Rick Noack and narrated by Kristi Burns.