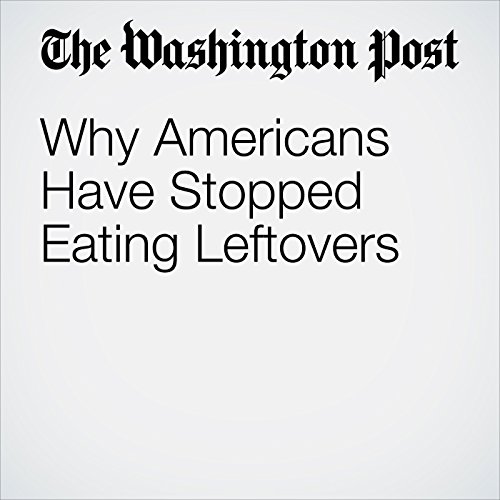 American consumers throw away 27 million tons of food each year, according to the food waste coalition ReFED, clogging landfills, generating greenhouse gasses, and costing the economy an estimated $144 billion.

"Why Americans Have Stopped Eating Leftovers" is from the October 31, 2017 National section of The Washington Post. It was written by Caitlin Dewey and narrated by Sam Scholl.