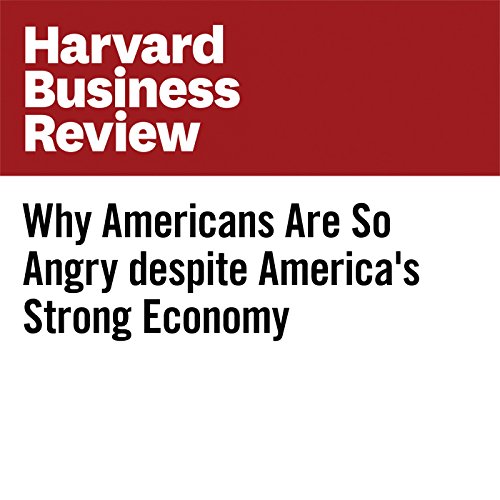 Why Americans Are So Angry Despite America's Strong Economy

One thing we know for certain from the presidential primary campaigns is that a lot of people in America are not just unhappy with the status quo - they are angry about it. Media outlets frequently report that the economy is foremost among concerns of the average citizen, and according to traditional economic measures the United States is doing pretty well. The economy is growing steadily, the unemployment rate is below 5%, and on GDP per capita America still is one of the richest countries in the world. So what’s the problem? The answer, according to the recently released Social Progress Index, is that the United States is not turning those positive economic numbers into basic improvements in the lives of citizens.

"Why Americans Are So Angry Despite America's Strong Economy" is from hbr.org, published on August 2, 2016.