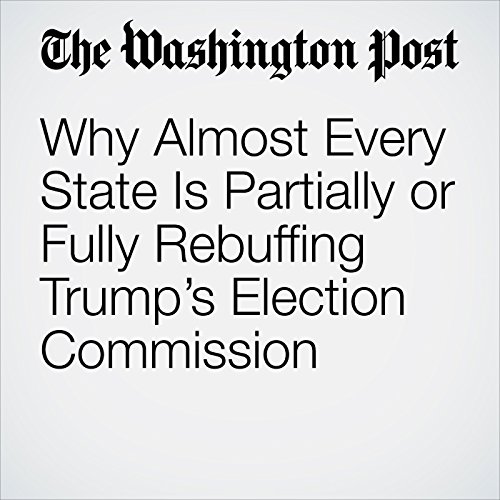 Officials in nearly every state say they cannot or will not turn over all of the voter data President Trump’s voting commission is seeking, dealing what could be a serious blow to Trump’s attempts to bolster his claims that widespread fraud cost him the popular vote in November.

"Why Almost Every State Is Partially or Fully Rebuffing Trump’s Election Commission" is from the July 05, 2017 National section of The Washington Post. It was written by Mark Berman and John Wagner and narrated by Sam Scholl.