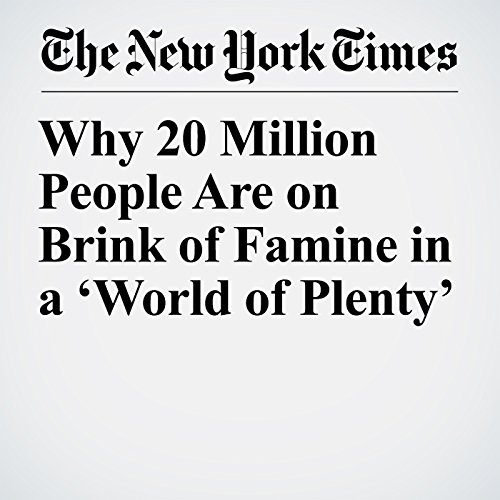 In a world filled with excess food, 20 million people are on the brink of famine, including 1.4 million children at imminent risk of death. In the face of such grim numbers, a stark question confronts the world’s most powerful: Why in 2017 can’t they avert such a seemingly archaic and preventable catastrophe?

"Why 20 Million People Are on Brink of Famine in a ‘World of Plenty’" is from the February 22, 2017 World section of The New York Times. It was written by Somini Sengupta and narrated by Fleet Cooper.