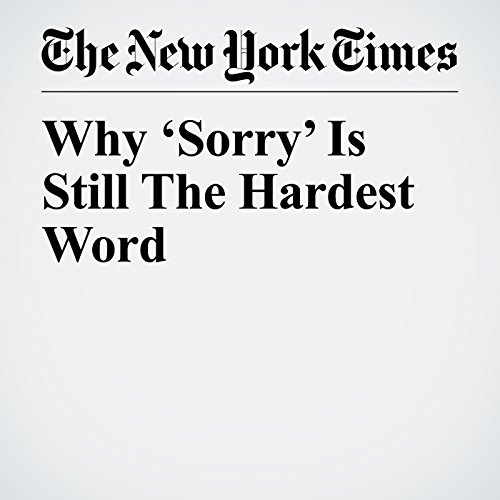 On Wednesday, the public representatives of two embattled American institutions — United Airlines and the White House — found themselves on national television grappling with a delicate and increasingly common ritual of the corporate and political worlds: the public apology.

"Why ‘Sorry’ Is Still the Hardest Word" is from the April 12, 2017 World section of The New York Times. It was written by Michael M. Grynbaum and narrated by Caroline Miller.