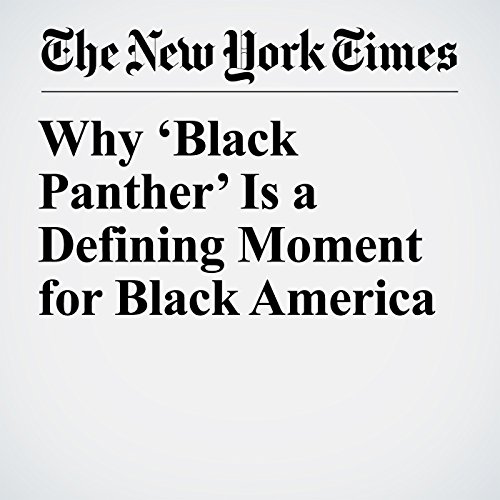 Marvel Comics’s Black Panther was originally conceived in 1966 by Stan Lee and Jack Kirby, two Jewish New Yorkers, as a bid to offer black readers a character to identify with. The titular hero, whose real name is T’Challa, is heir apparent to the throne of Wakanda, a fictional African nation. The tiny country has, for centuries, been in nearly sole possession of vibranium, an alien element acquired from a fallen meteor.

"Why ‘Black Panther’ Is a Defining Moment for Black America" is from the February 13, 2018 U.S. section of The New York Times. It was written by Carvell Wallace and narrated by Keith Sellon-Wright.