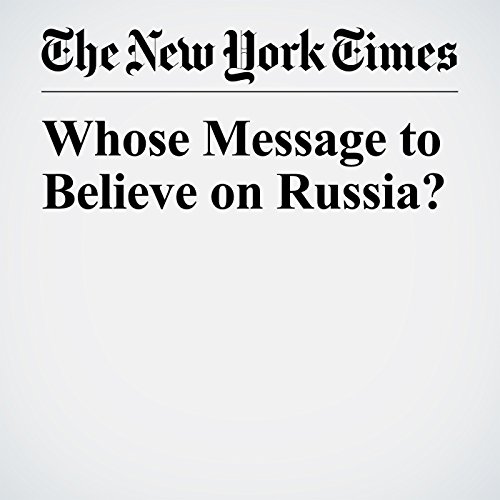 Whose Message to Believe on Russia?

Far from the chaos and cacophony of Washington’s unending debate over Russia policy, Vice President Mike Pence has been delivering a remarkably consistent message on a trip to Eastern Europe this week — praising old alliances and reaffirming America’s commitment to defend democratic nations against those countries that would undermine them. Too bad these sentiments aren’t as eagerly embraced and celebrated by the man he works for back in the White House.

"Whose Message to Believe on Russia? " is from the August 01, 2017 Opinion section of The New York Times. It was written by The Editorial Board and narrated by Caroline Miller.