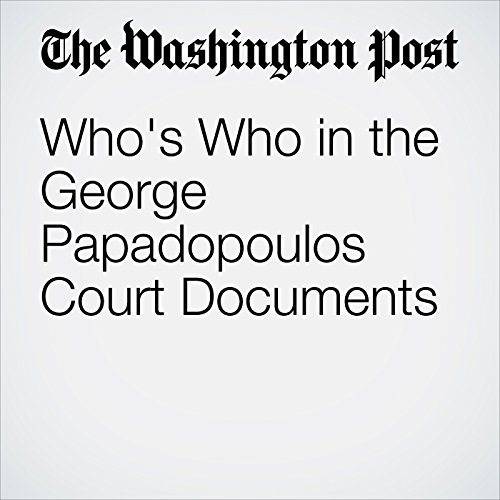 Newly released court documents show that Trump foreign policy adviser George Papadopoulos communicated with several senior campaign officials about his outreach to the Russian government over a period of months. The recipients of Papadopoulos’s emails are not named in the filings, but The Washington Post has identified several individuals based on interviews and other documents. Papadopoulos pleaded guilty this month to lying to federal agents about his outreach to Russia.

"Who's Who in the George Papadopoulos Court Documents" is from the October 30, 2017 Politics section of The Washington Post. It was written by Rosalind S. Helderman and narrated by Sam Scholl.