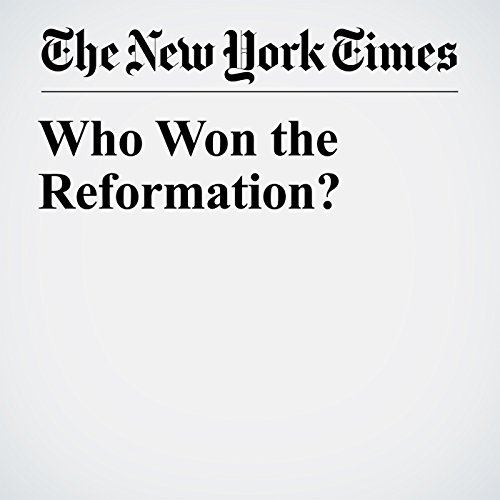 Who Won the Reformation?

The Western world has not known quite what to do with the 500th anniversary of the Protestant Reformation. The powerful Protestant establishments that would have once celebrated the quincentenary wholeheartedly are mostly weak or impotent or gone, and while the disreputable sort of Calvinist and the disreputable sort of Catholic still brawl online, in official ecclesiastical circles the rule is to speak of the Reformation in regretful tones, like children following a bad divorce who hope that now that many years have passed the divided family can come together for a holiday, or at least an ecumenical communion service.

"Who Won the Reformation?" is from the November 01, 2017 Opinion section of The New York Times. It was written by Ross Douthat and narrated by Kristi Burns.