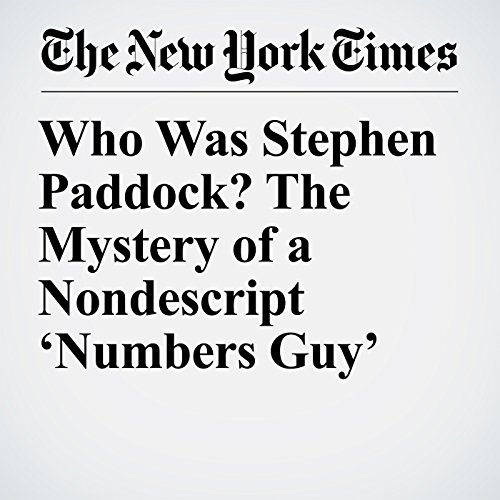 Stephen Paddock, a former postal worker and tax auditor, lived an intensely private, unsocial life that exploded into public view last week, when he killed 58 people at a country music festival and then shot himself. But even with nationwide scrutiny on his life, the mystery of who he was has only seemed to deepen.

"Who Was Stephen Paddock? The Mystery of a Nondescript ‘Numbers Guy’" is from the October 07, 2017 U.S. section of The New York Times. It was written by Sabrina Tavernise, Serge F. Kovaleski and Julie Turkewitz and narrated by Caroline Miller.

Cosa pensano gli ascoltatori di Who Was Stephen Paddock? The Mystery of a Nondescript ‘Numbers Guy’