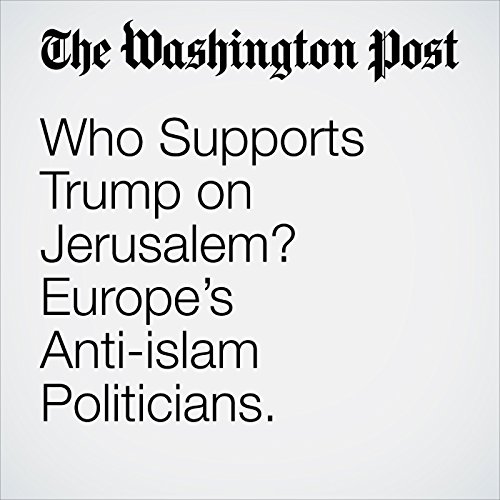 After President Trump's announcement that the United States would view Jerusalem as the capital of Israel and work toward moving its embassy there, Israeli Prime Minister Benjamin Netanyahu said he expects other nations to follow America's lead.

"Who Supports Trump on Jerusalem? Europe’s Anti-islam Politicians." is from the December 11, 2017 World section of The Washington Post. It was written by Adam Taylor and narrated by Sam Scholl.