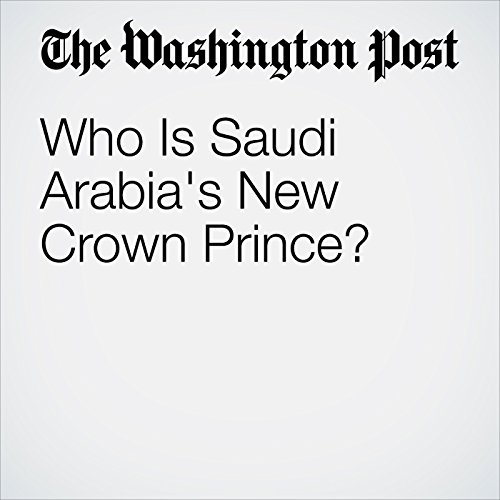 The elevation of Mohammed bin Salman to crown prince of Saudi Arabia is a calculated risk with potentially enormous consequences for the kingdom. If he succeeds with his vision to transform the Saudi economy by 2030 and reduce the country’s reliance on oil revenue, the crown prince — widely known as MBS — could enjoy a reign that lasts for decades, given that he only turns 32 in August and could take Saudi Arabia well into midcentury.

"Who Is Saudi Arabia's New Crown Prince?" is from the June 22, 2017 Monkey Cage section of The Washington Post. It was written by Kristian Coates Ulrichsen and narrated by Sam Scholl.