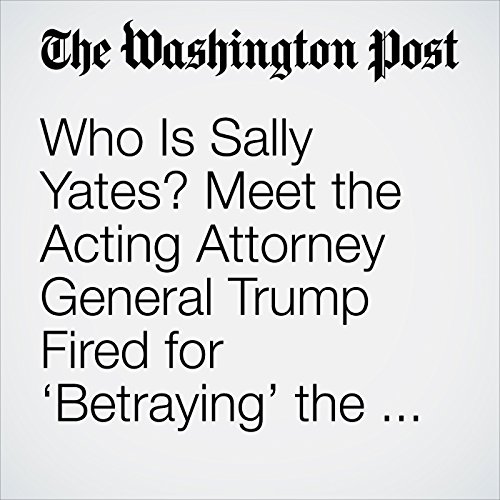 Acting attorney general Sally Quillian Yates, a longtime prosecutor from Atlanta, began her tenure as an Obama appointee two years ago by saying that pursuing justice was more important to her than bringing federal cases in court.

"Who Is Sally Yates? Meet the Acting Attorney General Trump Fired for ‘Betraying’ the Justice Department" is from the January 30, 2017 Politics section of The Washington Post. It was written by Sari Horwitz and narrated by Jenny Hoops.