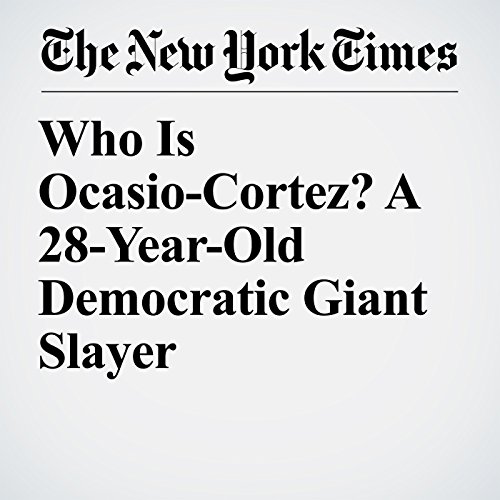 She has never held elected office. She is still paying off her student loans. She is 28 years old. “Women like me aren’t supposed to run for office,” Alexandria Ocasio-Cortez said in a viral campaign video released last month.

They certainly weren’t supposed to win.

"Who Is Ocasio-Cortez? A 28-Year-Old Democratic Giant Slayer" is from the June 27, 2018 U.S. section of The New York Times. It was written by Vivian Wang and narrated by Keith Sellon-Wright.