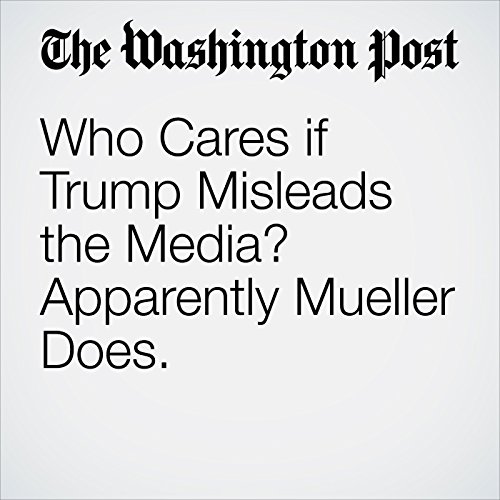 President Trump has said he would be willing to sit for an interview with special counsel Robert S. Mueller III, and The Washington Post reported last week that Mueller, unsurprisingly, wants to question the president about the departures of former FBI director James B. Comey and former national security adviser Michael Flynn.

"Who Cares if Trump Misleads the Media? Apparently Mueller Does." is from the February 01, 2018 Politics section of The Washington Post. It was written by Callum Borchers and narrated by Sam Scholl.