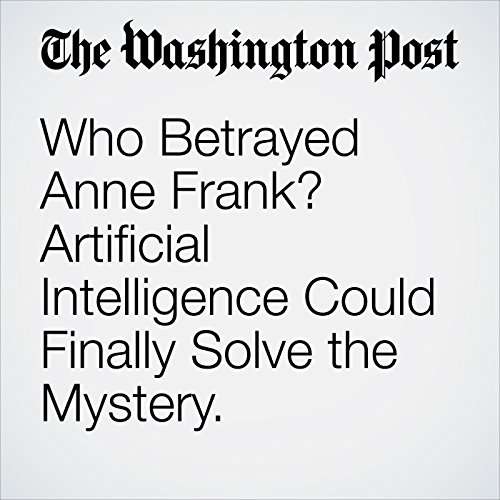 For nearly 75 years, some of the greatest investigative minds have tried to figure out who tipped off the Nazis about Anne Frank and the seven other Jews who were hiding behind a movable bookcase in Amsterdam.

"Who Betrayed Anne Frank? Artificial Intelligence Could Finally Solve the Mystery." is from the October 04, 2017 Technology section of The Washington Post. It was written by Cleve R. Wootson Jr. and narrated by Sam Scholl.