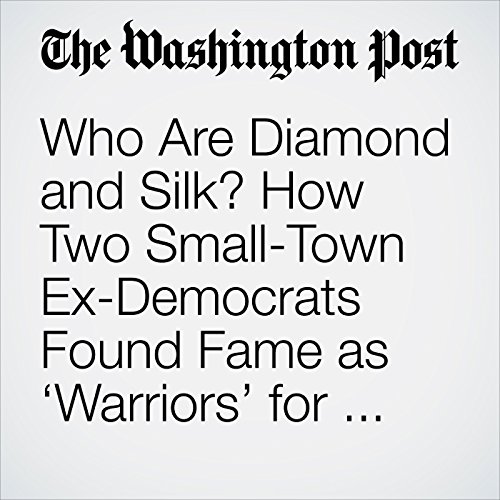 Lynnette Hardaway’s conversion from lifelong Democrat to Donald Trump’s “most vocal and loyal supporter” happened sometime between her concluding Democrats “didn’t give a damn about my fellow black brothers and sisters” and her acquiring a new iPad. In 2015 she received one as a birthday present, trained the camera on herself and pressed record. Her sister, Rochelle Richardson, told her to put the result on YouTube.

"Who Are Diamond and Silk? How Two Small-Town Ex-Democrats Found Fame as ‘Warriors’ for Trump." is from the April 26, 2018 Lifestyle section of The Washington Post. It was written by Monica Hesse and Dan Zak and narrated by Sam Scholl.

Cosa pensano gli ascoltatori di Who Are Diamond and Silk? How Two Small-Town Ex-Democrats Found Fame as ‘Warriors’ for Trump.