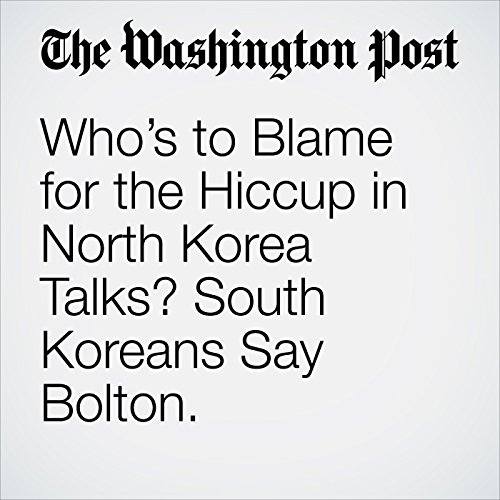 SEOUL — President Trump is blaming Kim Jong Un for changing the scope of their summit talks planned for next month and will doubtless air his frustrations when he meets with South Korean President Moon Jae-in in Washington Tuesday.

"Who’s to Blame for the Hiccup in North Korea Talks? South Koreans Say Bolton." is from the May 21, 2018 World section of The Washington Post. It was written by Anna Fifield and narrated by Sam Scholl.