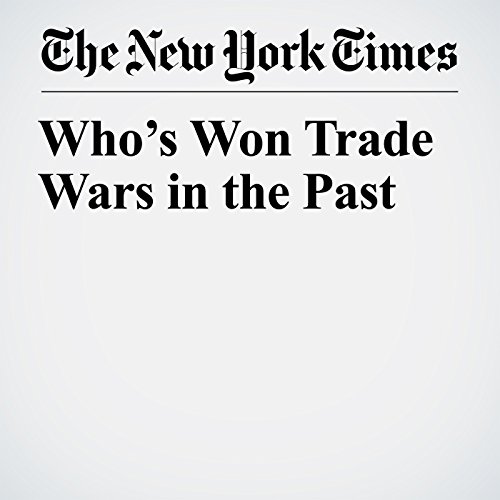 With President Donald Trump ordering steep new tariffs on imported steel and aluminum on Thursday, and with the United States' trading partners threatening to retaliate, it looks as if Trump will get the trade war that he seems to want and that he thinks will be “easy” for the United States to win.

"Who’s Won Trade Wars in the Past" is from the March 08, 2018 Business section of The New York Times. It was written by James B. Stewart and narrated by Barbara Benjamin-Creel.