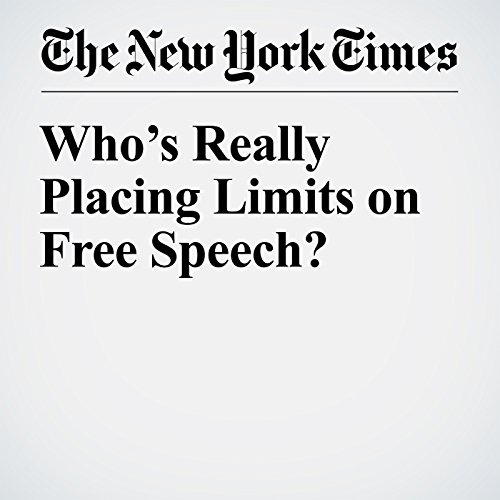 A state representative heading a committee that oversees higher education asked for the cancellation of a course that examined white identity called “The Problem of Whiteness” and the dismissal of its instructor. The representative, Dave Murphy, said the course was “adding to the polarization of the races in our state.” If the university “stands with this professor, I don’t know how the university can expect the taxpayers to stand with UW-Madison.” Murphy also promised to direct his staff to screen courses in the humanities “to make sure there’s legitimate education going on.”

"Who’s Really Placing Limits on Free Speech?" is from the January 09, 2017 Opinion section of The New York Times. It was written by Donald P. Moynihan and narrated by Kristi Burns.