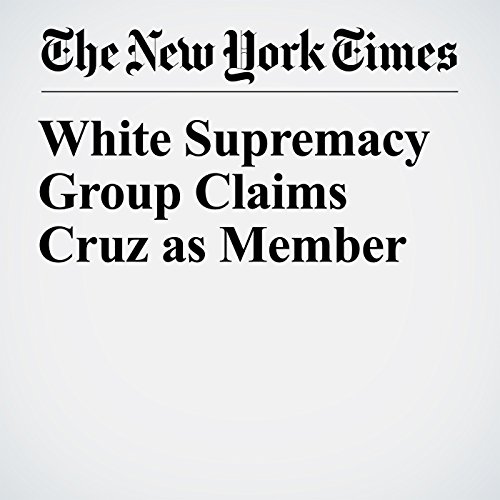 The leader of a white supremacist group said Thursday that the suspected gunman in one of the deadliest school shootings in modern U.S. history was a member of his group and had participated in paramilitary drills.