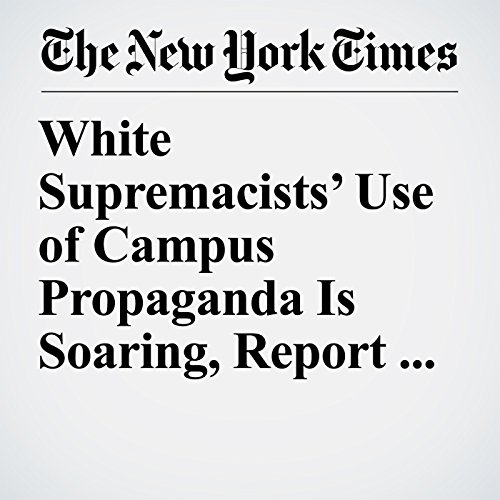 White supremacist groups are increasingly using propaganda like flyers and posters to spread bigoted messages on college campuses, a new report by the Anti-Defamation League found.

"White Supremacists’ Use of Campus Propaganda Is Soaring, Report Finds" is from the June 28, 2018 U.S. section of The New York Times. It was written by Julia Jacobs and narrated by Keith Sellon-Wright.