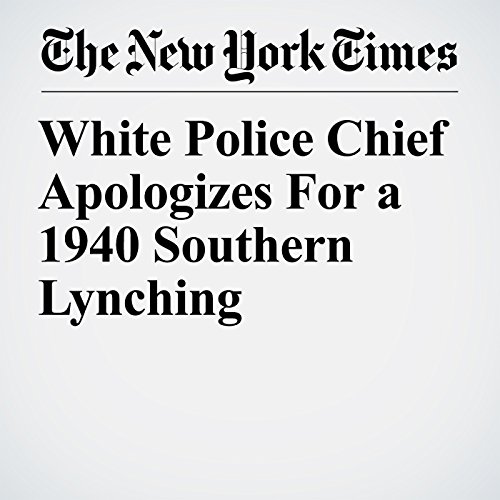 Some people here had never heard about the lynching of Austin Callaway — about how, almost 77 years ago, he was dragged out of a jail cell by a band of masked white men, then shot and left for dead.

"White Police Chief Apologizes for a 1940 Southern Lynching" is from the January 27, 2017 U.S. section of The New York Times. It was written by Alan Blinder and Richard Fausset and narrated by Caroline Miller.