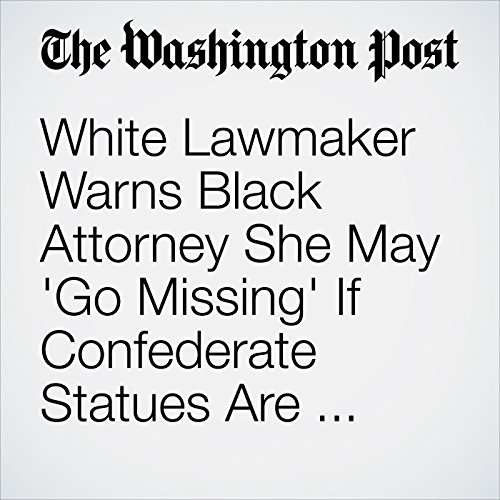 LaDawn Jones is a black Democrat from Atlanta. For four years, her seatmate in the Georgia House of Representatives was Jason Spencer, a white Republican from the southern tip of the state. They see the world differently and, she concedes, there were many conversations where “we’ve had to walk away from each other because the debate was so intense.”

"White Lawmaker Warns Black Attorney She May 'Go Missing' If Confederate Statues Are Threatened" is from the August 30, 2017 Post Nation section of The Washington Post. It was written by Cleve R. Wootson Jr. and narrated by Sam Scholl.