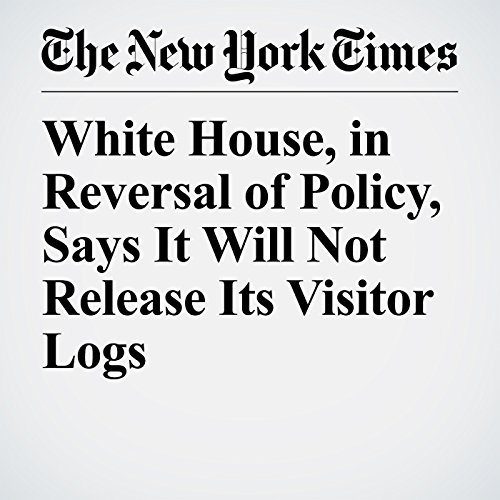 The decision — which White House officials said was necessary for reasons of national security — was the latest attempt by President Donald Trump, who has promised to “drain the swamp” in Washington, to shield his activities from scrutiny. It effectively bars the public from knowing which activists, lobbyists, political donors and others are gaining access to the president and his aides on a daily basis.

"White House, in Reversal of Policy, Says It Will Not Release Its Visitor Logs" is from the April 14, 2017 U.S. section of The New York Times. It was written by Julie Hirschfeld Davis and narrated by .

Cosa pensano gli ascoltatori di White House, in Reversal of Policy, Says It Will Not Release Its Visitor Logs