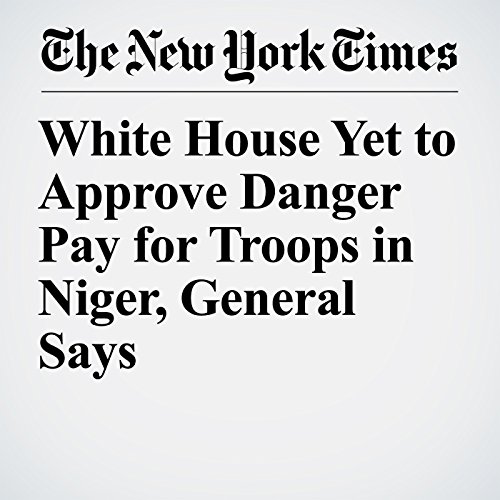 White House Yet to Approve Danger Pay for Troops in Niger, General Says

The White House has yet to approve a Pentagon request to provide imminent-danger pay to U.S. troops assigned to Niger, a top military commander said Tuesday, raising new questions about the support given to service members who are sent to West Africa to help in the fight against terrorist groups.

"White House Yet to Approve Danger Pay for Troops in Niger, General Says" is from the March 06, 2018 World section of The New York Times. It was written by Helene Cooper, Thomas Gibbons Neff and narrated by Kristi Burns.