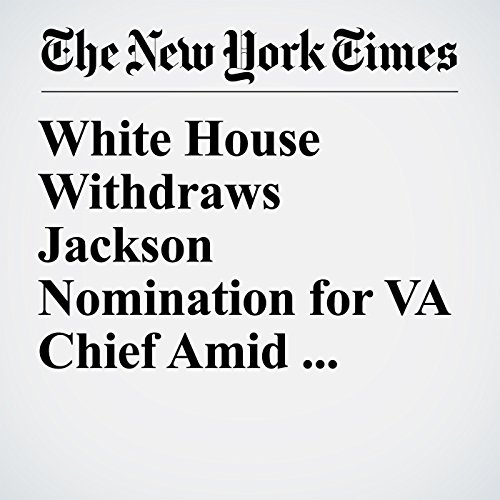 The White House withdrew the nomination of Dr. Ronny L. Jackson, the White House physician, to lead the Veterans Affairs Department on Thursday after lawmakers went public with a torrent of accusations leveled against him by nearly two dozen current and former colleagues from the White House medical staff.

"White House Withdraws Jackson Nomination for VA Chief Amid Criticism" is from the April 26, 2018 U.S. section of The New York Times. It was written by Nicholas Fandos and Peter Baker and narrated by Keith Sellon-Wright.