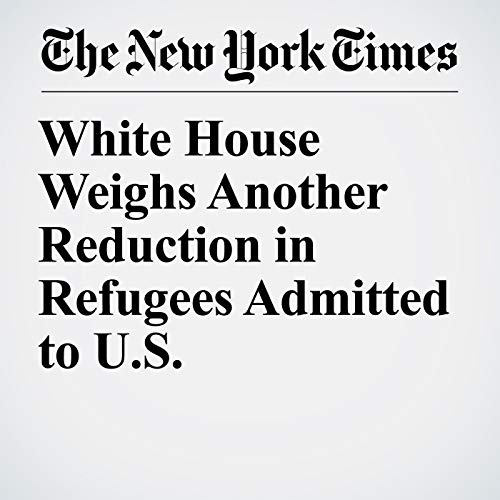 White House Weighs Another Reduction in Refugees Admitted to U.S.

The White House is considering a second sharp reduction in the number of refugees who can be resettled in the United States, picking up where President Donald Trump left off in 2017 in scaling back a program intended to offer protection to the world’s most vulnerable people, according to two former government officials and another person familiar with the talks.

"White House Weighs Another Reduction in Refugees Admitted to U.S." is from the August 01, 2018 U.S. section of The New York Times. It was written by Julie Hirschfeld Davis and narrated by Kristi Burns.