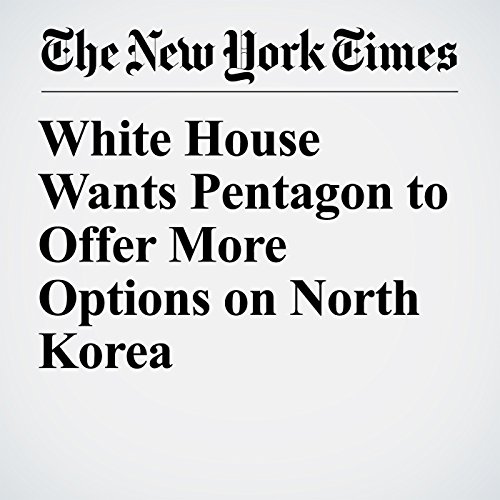 The White House has grown frustrated in recent weeks by what it considers the Pentagon’s reluctance to provide President Donald Trump with options for a military strike against North Korea, according to officials, the latest sign of a deepening split in the administration over how to confront the nuclear-armed regime of Kim Jong In.

"White House Wants Pentagon to Offer More Options on North Korea" is from the February 01, 2018 World section of The New York Times. It was written by Mark Landler and Helene Cooper and narrated by Barbara Benjamin-Creel.