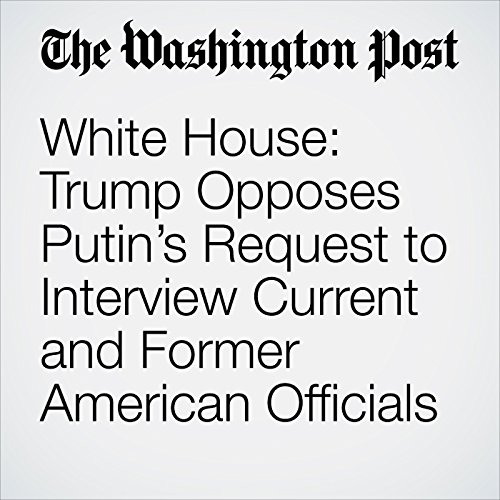 "White House: Trump Opposes Putin’s Request to Interview Current and Former American Officials" is from the July 19, 2018 Politics section of The Washington Post. It was written by Karoun Demirjian and John Wagner and narrated by Sam Scholl.