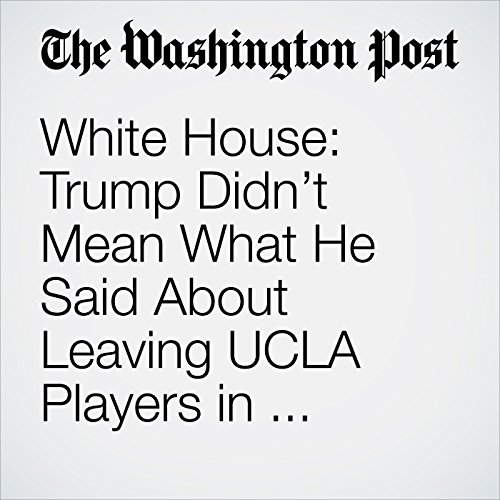 At a briefing Monday, White House press secretary Sarah Huckabee Sanders said President Trump was merely making a “rhetorical response to a criticism” by LaVar Ball when he tweeted of Ball’s son LiAngelo and two UCLA teammates that he “should have left them in jail” in China. Sanders repeatedly claimed that Trump was “happy to intervene” on the players’ behalf.

"White House: Trump Didn’t Mean What He Said About Leaving UCLA Players in Chinese Jail" is from the November 20, 2017 Early Lead section of The Washington Post. It was written by Des Bieler and narrated by Sam Scholl.