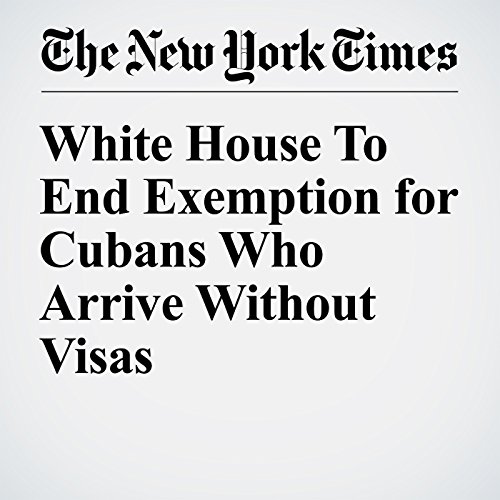 The Obama administration on Thursday will terminate the wet foot, dry foot policy that allows Cubans who arrive on United States soil without visas to remain in the country and gain legal residency, a senior administration official said, in an unexpected move long sought by the Cuban government.

"White House To End Exemption for Cubans Who Arrive Without Visas" is from the January 12, 2017 U.S. section of The New York Times. It was written by Julie Hirschfeld Davis and narrated by Jenny Hoops.