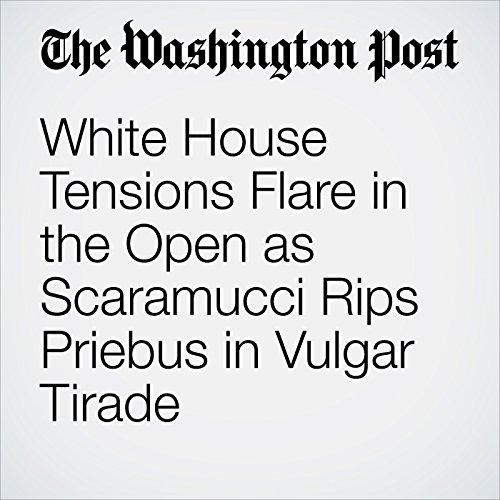 The cinematic infighting that has consumed the White House in recent days was pushed into public view on Thursday, exposing the West Wing as the political equivalent of a New York-accented reality television show that runs on a raucous mix of drama, machismo and suspicion.

"White House Tensions Flare in the Open as Scaramucci Rips Priebus in Vulgar Tirade" is from the July 27, 2017 Politics section of The Washington Post. It was written by Jenna Johnson, Philip Rucker and David Nakamura and narrated by Kristi Burns.