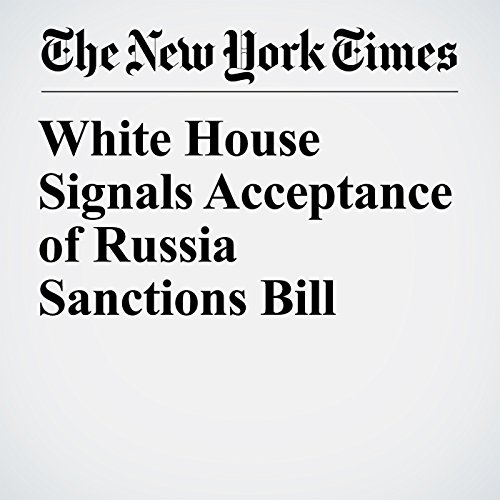 The White House indicated Sunday that President Donald Trump would accept new legislation imposing sanctions on Russia and curtailing his authority to lift them on his own, a striking turnaround after a broad revolt in Congress by lawmakers of both parties who distrusted his friendly approach to Moscow and sought to tie his hands.

"White House Signals Acceptance of Russia Sanctions Bill" is from the July 23, 2017 World section of The New York Times. It was written by Peter Baker and narrated by Keith Sellon-Wright.