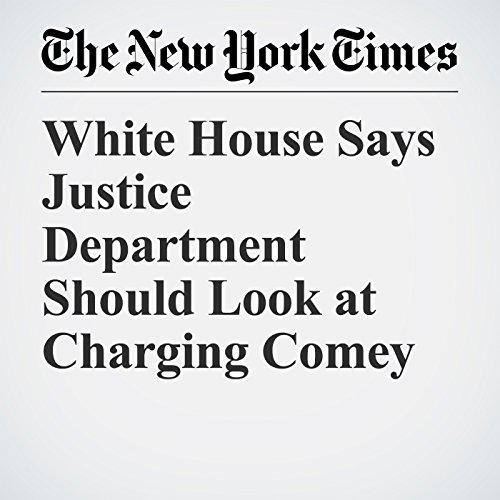 Sarah Huckabee Sanders, the White House press secretary, said Tuesday that the Justice Department should “certainly look at” charging James B. Comey, the FBI director whom President Donald Trump fired, for what she described as leaks of classified information.

"White House Says Justice Department Should Look at Charging Comey" is from the September 12, 2017 U.S. section of The New York Times. It was written by Maggie Haberman and narrated by Keith Sellon-Wright.