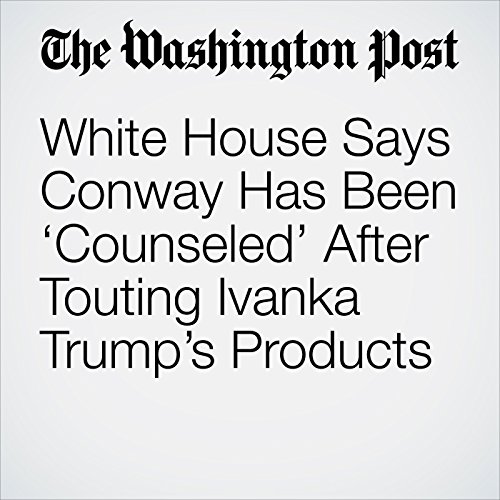 "White House Says Conway Has Been ‘Counseled’ After Touting Ivanka Trump’s Products" is from the February 09, 2017 Politics section of The Washington Post. It was written by Drew Harwell, Tom Hamburger and Rosalind S. Helderman and narrated by Sam Scholl.