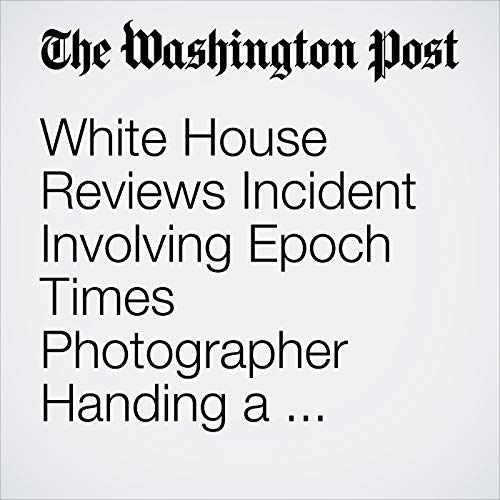 The White House has reviewed an incident last week in which a news photographer for the Epoch Times, a publication banned in China for its critical coverage, stepped into a restricted area and handed President Trump a folder during an official event.

"White House Reviews Incident Involving Epoch Times Photographer Handing a Folder to Trump" is from the September 18, 2018 Politics section of The Washington Post. It was written by David Nakamura and narrated by Sam Scholl.